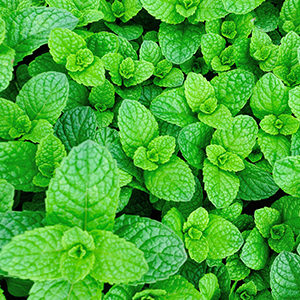 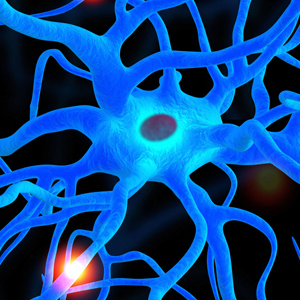 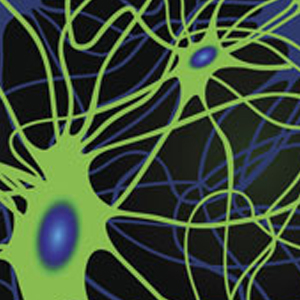 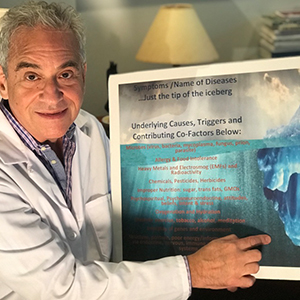 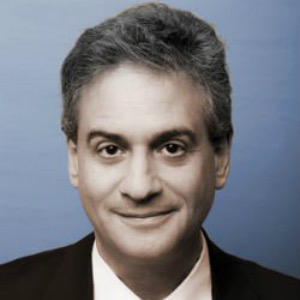 There’s no such thing as a one-treatment-fits-all approach to wellness. Different conditions require different testing and approaches. Below are some of the proven methodologies used in our practice. You’ll be fascinated by the details of each one… 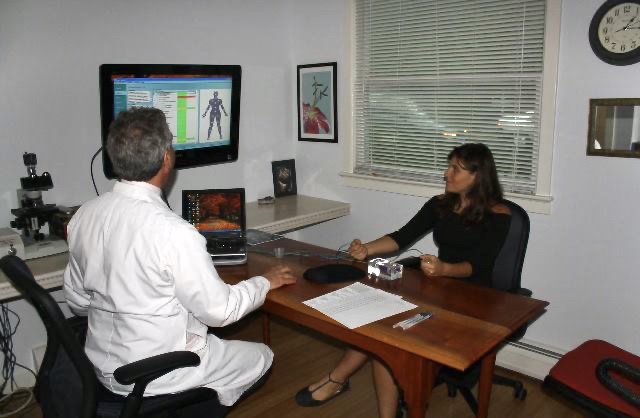 The Asyra resonance analysis system is proving remarkably promising. Asyra gently sends specific frequencies through the body for the purpose of evaluation. The idea is simple: the amount of current that passes through the cells of an organ or gland reveals the functional status of its tissues—this allows a true picture of how your body is actually functioning.

According to homotoxicology research, disease processes first alter the body’s energetic field; if left unchecked, they eventually lead to chemical changes and ultimately to tissue destruction and/or disease.

With the new Asyra technology, Dr. Schweitzer is able to help patients by re-establishing balance to the energetic pathways that run through organs, glands, and tissues—which may hold the key to restoring and maintaining optimal health. Perhaps the most eye-opening discovery with Asyra: solid, actionable results about a patient’s condition and how best to treat it can be learned in a matter of minutes. 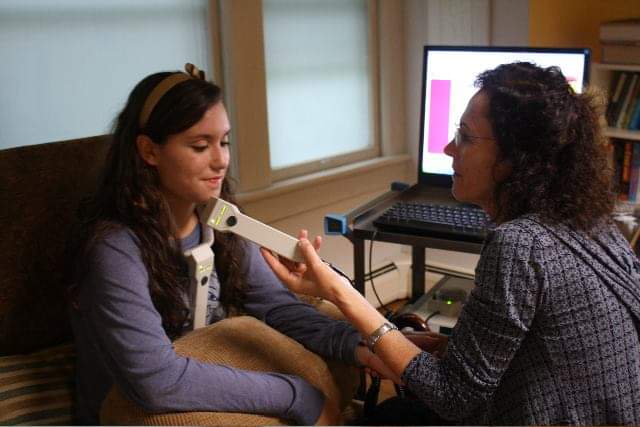 Do you know what happens when a salamander loses its limb? It regrows a new one! A revolutionary, FDA-approved, German invention called Ondamed employs gentle, healing, low-frequency, pulsed, electromagnetic frequencies (not like microwaves or harsh X-rays) to work on this same regenerative system in the human body.

BrainPaint is an exciting and elegant biofeedback system that empowers the brain to reveal its higher intelligence. In a fun and easy way, Dr. Schweitzer will use BrainPaint to relieve stress that can block your body’s ability to relax, recover, and respond to everyday tasks and functions.

By “training” your brain to see itself in action, and guide itself into a confident and efficient state that athletes call “the zone”, BrainPaint can improve everything from sleep, ADD/HD, trauma, moods, and meditation, to relationships and overall brain performance and IQ. It’s new, it’s intriguing—and it’s here.

Botanical medicine not only uses the molecules within the plant but also its energy, which, in turn, interacts with the human energy system. Homeopaths capitalize on this by preparing different energies produced by dilution and shaking the solution—called succussion—from plants, minerals, toxins, and other sources.

The Erchonia laser is a tool that produces a gentle, red, coherent light which initiates beneficial biochemical responses in the body. Research has shown that DNA molecules can communicate by photons or light. Erchonia laser promotes healing, release of endorphins, can strengthen the immune system, and alleviates pain. It’s been proven safe and effective in two Institutional Review Board Food and Drug Administration (FDA) approved clinical trials.

This fascinating tool helps the immune system to work better through the restoration of the proper function of the lymphatic system. The significance of lymph is that water and food move in it to nourish the cells, and waste products and carbon dioxide move through it and away from cells. Lymphatic blockage means that the cells don’t get nourishment and cells start choking on their own waste.

The facilitation of lymphatic drainage is helpful in preventing conditions like cancer, arthritis, headaches, fibromyalgia, and pain. The generator uses a flood of photons that help clean protein structures by the release of water. The release of water allows for the dispersion of blockages thereby “fluidifying” the lymph so that cells are now well-fed and wastes are wafted away.

According to homotoxicology research, disease processes first alter the body’s energetic field; if left unchecked, they eventually lead to chemical changes and ultimately to tissue destruction and/or disease.

Singlet oxygen is a naturally occurring form of oxygen that has been activated into a high-energy intermediate and has profound biological activity. For example, it is produced when sunlight fills the chlorophyll molecule in plants and it is also formed in animal and human cells.

With our new Singlet Oxygen Energy (SOE) device from Germany, the precise frequency used to produce this activated oxygen is applied to purified, humidified air which, when inhaled, produces two remarkable effects in humans: a substantial increase in oxygen uptake and utilization, and a dramatic reduction in free radical formation. These two effects can make a major contribution to improving a person’s health status and enhancing overall well-being.

SOE therapy should be considered whenever we require strengthening of the immune system, normalization of function, quicker regeneration time, restful sleep, and better energy during the day.

SOE is just one of our many tools.

Dr. Schweitzer conducts a number of evaluations (VO2 max, Biocellular Analysis or Biological Terrain Analysis (BTA), Meridian Stress Assessment, and a comprehensive interview and physical exam) to determine whether this panacea-like therapy (with no known side effects!) is for you. SOE is currently prescribed within a complete wellness program which may include other oxygenation therapies.

This topic has been an obsession of mine since my graduate school days in the 70s at McGill University. Most provocatively, two-time Nobel Prize winner Otto Warburg had determined that cancer cells’ mitochondria don’t use oxygen very well and don’t thrive in a high oxygen environment This ‘Warburg affect’ is still being actively explored by researchers almost 100 years later.

I started exploring- in rat mitochondria- whether local tissue hormones and regulators of inflammation called prostaglandins affected the activity of the fuel cells in our body called mitochondria which use oxygen to make the main fuel used by our body called ATP. Regrettably this research was interrupted. Seven years later, as a student at National University of Naturopathic Medicine in Portland Oregon (formerly NCNM), I came across an article in German by Manfred von Ardenne, East Germany’s most famous scientist at the time and a protege of Warburg’s. I was so excited that I couldn’t sleep for days because he had found ways to measure oxygen/energy status in humans and had developed powerful protocols to reverse the age-related and stress /toxicity-related decline in energy in humans! It is becoming increasingly clear over years that von Ardenne’s observations that health, well-being and the prevention and reversal of many diseases had to do with energy production (including circulation and mitochondria) is often paramount.

The treatment protocols developed by von Ardenne, called Oxygen Multistep Therapy (OMT), help open up the capillary beds or microvasculature which supply our tissues with oxygen and also assist the mitochondria in energy production. As a medical student and later as a postgraduate Resident Fellow and I saw impressive improvements using this Oxygen Multistep Therapy (OMT) at NCNM’s Clinic and also at the Center for Holistic Medicine directed by Naturopathic Cardiology Professor Dr. Martin Milner. To this day he receives referrals from cardiologists to accelerate cardiac reconditioning using OMT.

I accepted an invitation to study OMT and other German Biological Medicine therapies at Klinik Dr Wolf, Bad Wildungen; a spa resort in West Germany and to meet with von Ardenne in East Germany at the height of the Cold War. He determined that my grasp of the subject was so good that I should not only practice this therapy but teach it. He said that he preferred some of my small adaptations to the protocol even more than his original protocol but didn’t implement them because the textbooks had already been published. The important point here is that medical knowledge continuously evolves. I presented on OMT to the Oregon Association of Naturopathic Medicine and have shared my knowledge with other doctors and medical students over the years; and have continued to take advantage of extraordinary diagnostic advances and powerful new therapeutic advances to improve outcomes using the OMT concept.

Who can Benefit from OMT and the related evaluation, Bio-Energy Testing (BET)?

Also called BET (developed by Frank Shallenberger MD) is a far more advanced method of evaluating Energy/ Oxygen Status than what von Ardenne had available for clinicians at that time. Von Ardenne measured oxygen in arterial and venous blood and this frequently seemed to be of limited utility. Von Ardenne found, towards the end of his research career, that with some patients’ resting metabolism got better with OMT and with others exercising metabolism got better using a metabolic cart measuring oxygen uptake and carbon dioxide output. Almost all the tested patients got better. Dr. Shallenberger takes this much further. He has developed and applied 21st century technology, using a NASA contractor, advanced biochemical equations and advanced computerized number-crunching; to accurately measure oxygen going in and carbon dioxide coming out of the body breath-by-breath both when resting (basal metabolism) and while exercising to determine anaerobic threshold- how much exercise we can do before surpassing our ability to use oxygen and VO2-max the actual amount of oxygen used at this point. This allows regular outpatient people (not just the critically ill, or elite athletes) to benefit in a practical, accessible, affordable, and non-invasive way. He emphasizes the importance of measuring the ability of our mitochondria to burn fat aerobically to make more energy and the use of individualized strategies derived from BET to make this happen. This 1-2 hour-long test allows us to also check to see how well an anti-aging or health prescription is working, just like a blood pressure measurement tells us whether a drug or natural product is doing its job. This test is repeated after treatment and usually every 6-12 months subsequently.

To summarize: We have powerful tools to both evaluate and improve energy production and oxygen utilization- a major issue in the aging process which is also implicated as both a cause, or is also an effect of many diseases.

The Optimal Body Program, created and supervised by Naturopathic Physicians Dr. Marvin Schweitzer and Dr. Amy Wiesner, was designed to help people to:

This state-of-the-art program incorporates concepts from:

Dr. Jeffrey Bland, Founder of the Institute for Functional Medicine and former Director of the Linus Pauling Research Institute) to assist in the clearing of toxins and inflammation;

Dr Valter Longo, Director of the Longevity Institute at University of Southern California in Los Angeles and Director of the Program on Longevity and Cancer at IFOM in Milan, for longevity, optimized metabolism and healthy, long-term weight loss;

Energetic therapies like Acupuncture and two different kinds of Pulsed Electromagnetic Field treatments - all of which help balance energy, information transfer within and between cells to promote optimal metabolism, healing, hormonal and immune system balance.

Also included in the program:

Start your journey today to better physical and mental well-being!